Plastic is made from lemon and lime extract

Scientists have developed an eco-friendly plastics using lemon and citrus extracts. This could be a new revolution in plastic molding that will make our planet a leap forward.

This resin can replace cancer-risk materials that are being used extensively in everyday items such as phone covers, baby bottles and DVDs.

Every year, millions of tons of poly-carbonate are produced around the world. However, concerns about the danger of this material are increasing because of the toxicity of its precursors, particularly bisphenol-A, a substance that can cause cancer.

Researchers at the Catalan Institute for Chemical Research (ICIQ), Spain, led by Arjan Kleij, have developed a method for producing polycarbonate from lemon and CO2 - natural products are plentiful. .

Although BPA has been classified many times by US and European authorities as safe, however, there are some studies that indicate that it is a substance that can destroy hormones, neurotoxins and have potential. Carcinogenic.

Some countries like France, Denmark and Turkey have banned the use of BPA in baby bottle products.

"The BPA is safe, but it's still a concern, and it's also made from petroleum," Kleij said. The team's approach is to replace it with limonene, a substance that can be separated from lemons and oranges, giving us a greener, more sustainable alternative. "

Researchers not only succeeded in creating a more environmentally friendly plastics, but also improved its thermal characteristics. This type of plastics derived from lemon has the highest glass transition temperature reported for a polycarbonate compound. It is important to have a high temperature of transferring phthalates - that is, the new resin will melt at a higher temperature, which means it will be more complete when used daily.

In addition, the new plastic can also provide a multitude of new applications for polycarbonate and copolymer resin due to appropriate material formulations.

Anh Thu (According to Indiatimes) 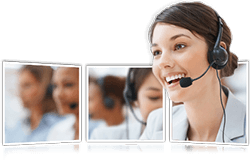